I’ll be honest. I have never ridden a bike equipped with a Lefty fork, and the idea of doing so scared me a little. I mean, it’s just so weird looking!

I finally took out a Cannondale Scalpel at Outerbike, and five seconds later, I had completely forgotten about the half-fork on my bike and was having way too much fun hammering the bike on singletrack. 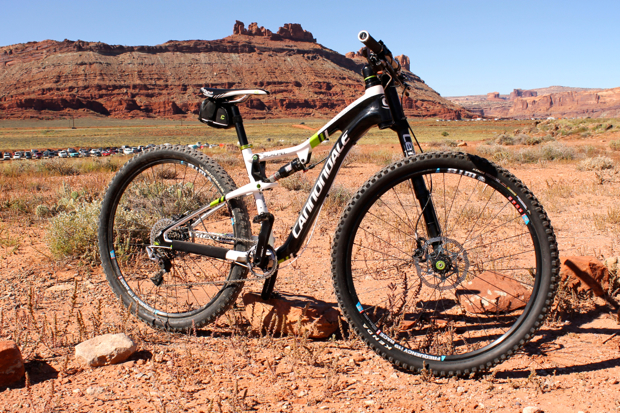 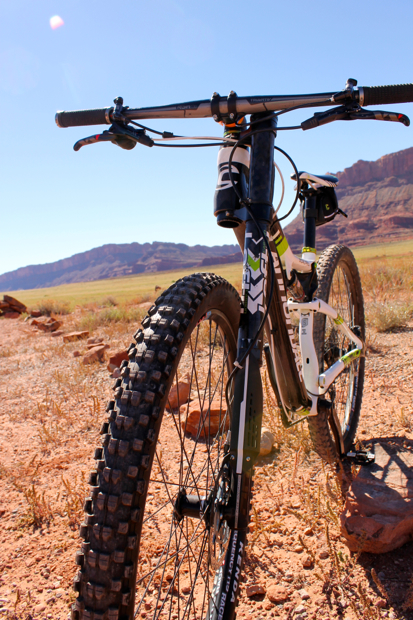 The demo units available were all the Carbon Team 29er model with a carbon lefty fork and RockShox Monarch XX rear shock–both with 100mm travel. The build kit was a mix of Cannondale proprietary parts with shifting handled by an XX1 group. Avid XX brakes, Enve carbon wheels with Schwalbe Racing Ralph tires, and carbon cockpit bits round out the sub-25 pound build. Another neat feature is the remote lockouts for both the front and rear suspension. While not as handy as the Scott Twin-Loc, it was still effective and easy to use. 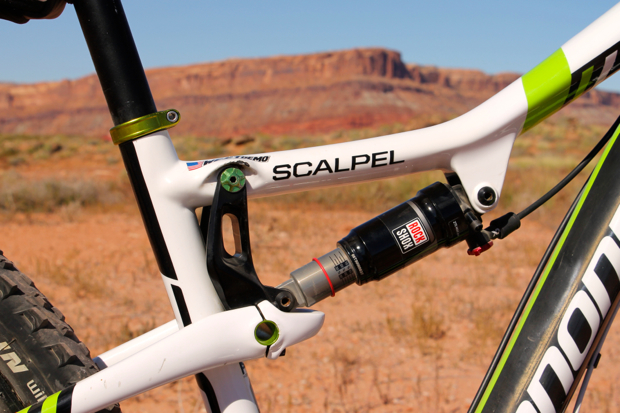 With 4″ of travel front and rear, and fairly steep angles, the Scalpel is meant for one thing: racing. The suspension serves to tame the worst of the trail chunder and prevent fatigue, but it doesn’t necessarily improve the rider’s ability to hit super gnarly technical trails. As such, the demo loop at the Moab Brand Trails was the perfect playground for this setup. 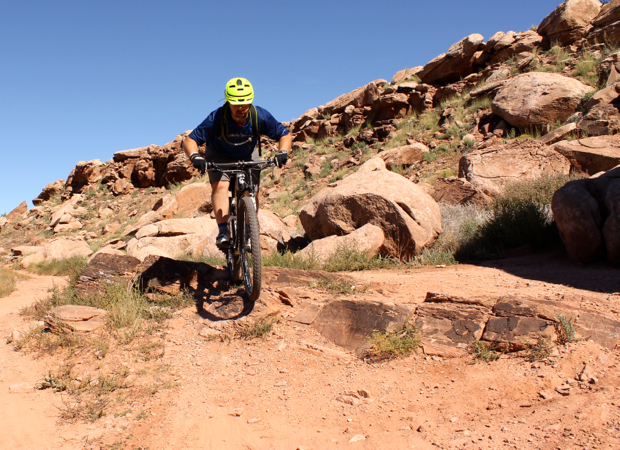 Out on the trail the Scalpel accelerates faster than any 29er has a right to. With all that speed on tap, precise handling is on order, and true to its name, the Scalpel has it in spades. The extreme lateral stiffness of the Lefty keeps the front wheel tracking exactly where you want it to go, and overall the bike is just point and shoot. The single XX1 shifter was crisp and precise, and the remote suspension lock-outs quickly became second nature.

As configured, the Scalpel Carbon Team is a pure race bike and it will set you back $8,600 with the Enve wheel option. If you’re a serious racer, this bike is a serious contender that will ride like an extension of your body and help propel you toward the podium!

The Lefty is awesome! I’ve been spending a lot of time on the Lefty Supermax, which granted is a different, longer-travel model, but I’ve been loving it!